Shiva - The Hindu God of Dance and Yoga

"Shiva is Trilochana, the three-eyed One. The third eye is the eye of wisdom. The other two represent love and justice." (Swami Tejomayananda) 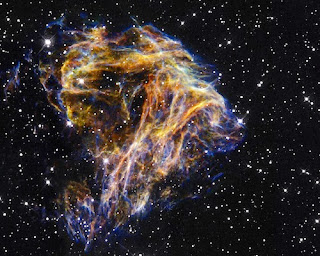 "Every subatomic particle is an energy dance; pulsating process of creation and destruction... without end... For the modern physicists, then Shiva's dance is the dance of subatomic matter." (Fritjof Capra)

"Shiva is the ultimate outlaw. You can't worship him, but you are welcome to join the gang...

"Shiva has such an impossible character; all contradictions included. In acceptance of this character one will have no issue with anyone in the world including oneself. The idea is to show divinity as all inclusive, no one against the other, as in identifying good and bad we also divide the world and make the ultimate union unattainable...

When we say 'Shiva', there are two fundamental aspects that we are referring to. The word 'Shiva' literally means 'that which is not'. Today, science is proving to us that everything comes from nothing and goes back to nothing. The basis of existence and the fundamental quality of the cosmos is vast nothingness... At another level, when we say 'Shiva', we are referring to the Adiyogi or first yogi, who is the bases of yogic science. Yoga does not mean standing on your head or holding your breath. Yoga is the science and technology to know the essential nature of how this life is created and how it can be taken to its ultimate possibility...

This being who is a yogi and that non-being which is the basis of existence are the same, because a yogi is someone who has experienced the ultimate union -- who has experienced existence as himself. To contain the existence within you even for a moment as an experience, you have to be that nothingness. Something can never hold everything. Only nothingness can hold everything. When we talk about Shiva as 'that which is not', and Shiva as a yogi, in a way they are synonymous, yet they are two different aspects. India is a dialectical culture, so we shift from one aspect to another effortlessly..."

From The Speaking Tree, The Times of India
www.speakingtree.in